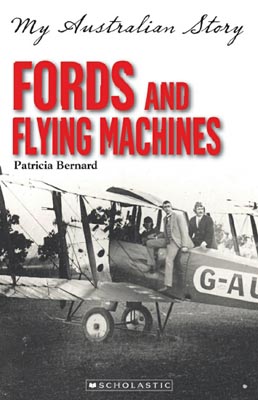 Fords and Flying Machines: The Diary of Jack McLaren, Longreach, 1919-1921

Jack McLaren's dream is to be an automobile mechanic. When his uncle offers him an apprenticeship in Longreach, Jack jumps at the chance. Little does Jack know that his long trip to central Queensland will be the start of a whole new dream. Jack is soon on the first automobile ever to travel the Gulf Track from Longreach to Katherine. With him are two World War I pilots with dreams of their own. After weeks of breakdowns, broken axles, crocodiles and snakes, all agree that there are easier ways to cross the Australian outback. The Queensland and Northern Territory Aerial Service is about to be born.