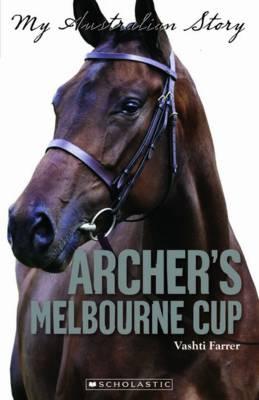 The year is 1861 and a major horse race is about to be run for the first time - the Melbourne Cup. Thirteen-year-old Robby Jenkins is working as a stablehand, and is convinced that his favourite horse, Archer, can win. Archer's Melbourne Cup tells the story of how one of Australia's iconic events began. It is also the story of a boy who dreams of being a top jockey - but does he have what it takes?