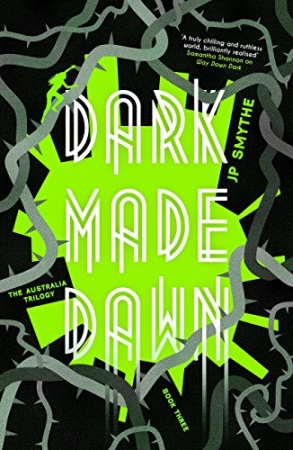 There was one truth on Australia, the prison ship on which Chan was born and raised: you fight or you die. Usually both.

But everything on Australia was a lie. Abandoned and alone, Chan was forced to live a terrible existence on the fringes of society, Australia's only survivor after a terrible crash-landing on Earth.

But Chan discovered she was not alone. Together with the unlikeliest of allies, Chan carved out a place for herself on Earth. And now the time has come: she's finally found a reason to keep going. But friends have become enemies, and enemies have become friends. It's time for Chan to create her own truths, and discover a life beyond fighting and death. A life beyond Australia.