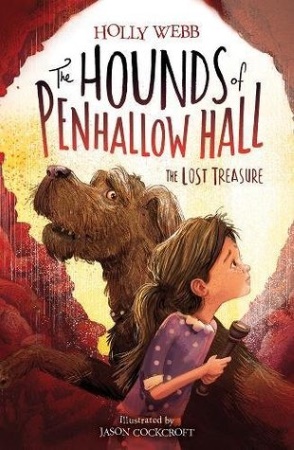 Polly and her new ghostly friends William, Rex and Magnus wake Li-Mei, the Chinese porcelain Fu Dog from the Red Drawing Room. The little Pekinese tells them her adventures with Sarah Penhallow – how they investigated rumours of smugglers and sighted a ghostly Green Lady down at the cove. But when Polly looks at the family portrait she realises that there were actually two dogs.

Eventually, Li-Mei reveals that she had a companion, Han, but she thinks that he drowned down by the cove. Together, the friends set off to solve the mystery once and for all, and discover a secret tunnel. Here they come across a broken statue of a dog beneath a rockfall. Then they see a vision of a tiny dog running after a group of smugglers, only for the tunnel to collapse on him. Polly returns to the house with the statue and hides it in a drawer of a lacquer cabinet. When she opens it again the cracks have gone – Li-Mei and Han are reunited at last on the mantelpiece.