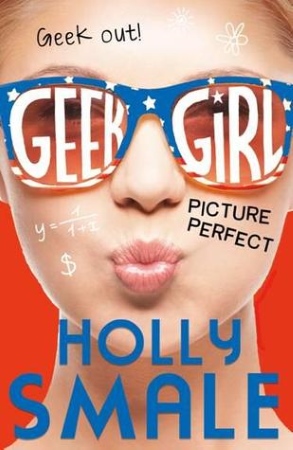 Since she returned from her last modeling job, Harriet's biggest worry has been the wait between phone calls from her perfect boyfriend, Nick.

Then Harriet's dad gets a job in America. In New York City, land of skyscrapers and taxicabs. A place so exciting that Harriet isn't even upset to leave her friends and her plans behind, especially since she'll be able to see Nick while she's there.

Except… when her parents said they were moving to "New York," they meant Greenway, New York, two hours away from the city by train. Which means no glamorous apartment, no geeking out at museums, and no romantic dates with Nick.

Harriet is eager to escape into the now-familiar world of fashion. But modeling in New York is nothing like what she's used to. Will Geek Girl be able to stand out in the big city – or will she be left behind?