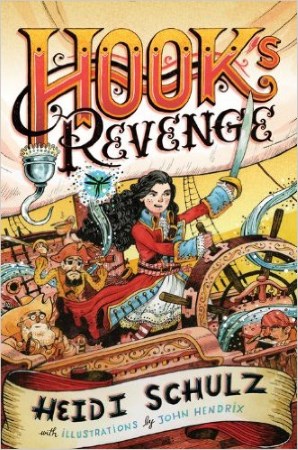 It’s not easy being the daughter of Captain Hook.

Twelve-year-old Jocelyn dreams of following in his footsteps – but her grandfather sends her to finishing school instead.
When her father meets his unfortunate end, Jocelyn sails to Neverland to avenge his death. But she hadn’t bargained on ticking crocodiles, lazy pirates and a trouble-making boy called Peter Pan.

Please Note: This book has also been published in the United Kingdom under the title Hook's Daughter.