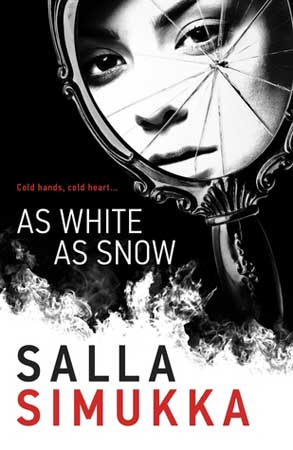 As White As Snow

The heat of the summer sun bakes the streets of Prague, but Lumikki’s heart is frozen solid.

Looking to escape the notoriety caused by the part she played in taking down Polar Bear’s crime ring, seventeen-year-old Lumikki Andersson escapes to Prague, where she hopes to find a few weeks of peace among the hordes of tourists. But not long after arriving, she’s cornered by a skittish and strange young woman who claims to be her long-lost sister. The woman, Lenka, is obviously terrified, and even though Lumikki doesn’t believe her story—although parts of it ring true—she can’t just walk away.

Lumikki quickly gets caught up in Lenka’s sad and mysterious world, uncovering pieces of a mystery that take her from the belly of a poisonous cult to the highest echelons of corporate power. On the run for her life again, Lumikki must use all her wits to survive, but in the end, she just may discover she can’t do it all alone.