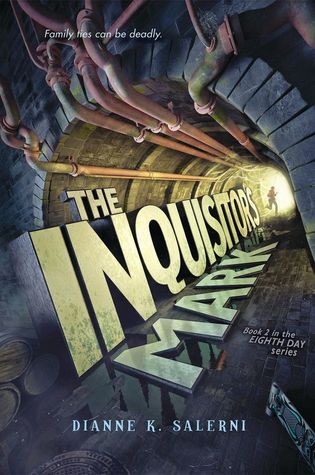 After the all-out Eighth Day war in Mexico, Jax, Riley, and Evangeline have gone into hiding. There are still rogue Transitioners and evil Kin lords who want to use Riley, a descendant of King Arthur, and Evangeline, a powerful wizard with bloodlines to Merlin, to get control over the Eighth Day.

So when Finn Ambrose, a mysterious stranger, contacts Jax claiming to be his uncle, Jax’s defenses go up—especially when Finn tells Jax that he’s holding Jax’s best friend, Billy, hostage. To rescue Billy and keep Riley and Evangeline out of the fray, Jax sneaks off to New York City on his own. But once there, he discovers a surprising truth: Finn is his uncle and Jax is closely related to the Dulacs—a notoriously corrupt and dangerous Transitioner clan who have been dying to get their hands on Riley and Evangeline. And family or not, these people will stop at nothing to get what they want...