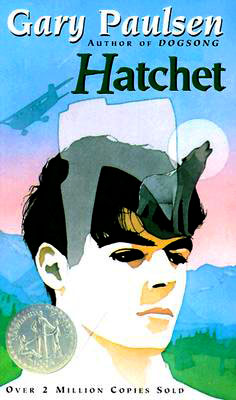 Thirteen-year-old Brian Robeson is on his way to visit his father when the single-engine plane in which he is flying crashes. Suddenly, Brian finds himself alone in the Canadian wilderness with nothing but a tattered Windbreaker and the hatchet his mother gave him as a present -- and the dreadful secret that has been tearing him apart since his parent's divorce. But now Brian has no time for anger, self pity, or despair -- it will take all his know-how and determination, and more courage than he knew he possessed, to survive.

For twenty years Gary Paulsen's award-winning contemporary classic has been the survival story with which all others are compared.