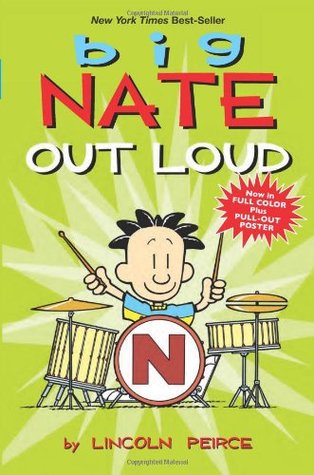 Nate is a self-described genius and a sixth-grade Renaissance man equipped with only a #2 pencil and the unshakable belief that he is destined for greatness (a fortune cookie told him so). He fights a daily battle against overzealous teachers, undercooked cafeteria food, and all-around conventionality. He's the original rebel without a clue, alternately abrasive and endearing to classmates and teachers alike.

Throughout Peirce's Big Nate Out Loud, Nate blazes an unforgettable trail through the sixth grade, earning straight A's in laughs (and numerous detentions) along the way.