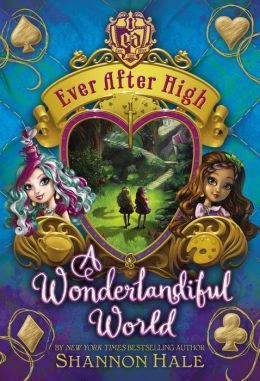 At Ever After High, everyone is expected to sign the Storybook of Legends, pledging to follow in their fairytale parent's footsteps. But when Raven Queen came along, things became fairy, fairy confusing. Now no-one's destiny is certain, not even for the most royal of them all, Apple White.

When a mysterious being from Wonderland begins to infect Ever After High with a strange magic, everything goes topsy-turvy. The students transform into animals and objects, palace mice talk, and the beautiful green grounds on campus fade to black-and-white.

Lizzie Hearts, Wonderland's future queen, Cedar Wood, daughter of Pinocchio, and Madeline Hatter, heir to the Mad Hatter's Hat and Tea Shoppe, seem to be the only ones who haven't completely lost their heads. It's up to them to save their best friends forever after from a curse that threatens to give their school – and their lives – a very unhappy ending.