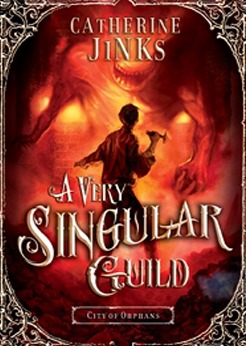 Twelve-year-old Ned Roach used to scavenge for scraps along the Thames riverbank. But the recent plague of childeating bogles in London means that he's now working as an apprentice to Alfred Bunce, the bogler.

Alongside Jem Barbary and (sometimes) Birdie McAdam, Ned must lure bogles out of their lairs so that Alfred can kill them. And this means spending a lot of time in the city's murky underground waterways-especially when Alfred is hired by the London Sewers Office to stamp out a deadly infestation. But times are changing . . .

As magic and folklore give way to the machine age, Alfred begins to face an uncertain future-while Ned and his friends find themselves threatened by an enemy from their past who's even more dangerous than the bogles.