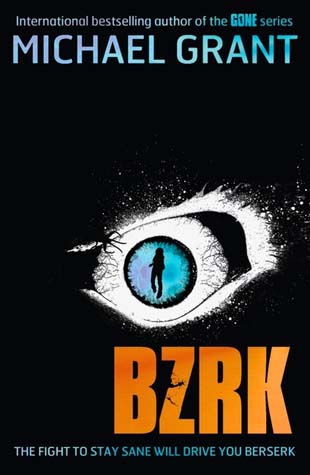 Set in the near future, BZRK is the story of a war for control of the human mind. Noah and Sadie: newly initiated into an underground cell so covert they don't even know each other's real names.

Trained for combat on the nano level, they are thrust into a war they can barely grasp. Vincent: feels nothing and cares for no one. He's fighting a personal battle with Bug Man, the greatest nano warrior alive. The Armstrong Twins: wealthy, privileged, fanatical. Are they the saviours of humanity or authors of the darkest conspiracy in history?

On one side: Charles and Benjamin Armstrong's Nexus Humanus. On the other: a group of teen hackers who call themselves BZRK. This is twenty-first-century warfare that takes place on the macro and nano level for the highest stakes: humanity's free will. It's time to choose sides.