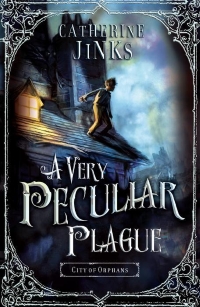 Eleven-year-old Jem Barbary spent his early life picking pockets for a canny old crook named Sarah Pickles. Now she's betrayed him, and Jem wants revenge. He also wants to work for Alfred Bunce the bogler, who kills the child-eating monsters that lurk in the city's cellars and sewers. But Alfred is keen to give up bogling, since he almost lost his last apprentice, Birdie McAdam.

When numerous children start disappearing around Newgate Prison, Alfred and Jem agree to join forces, waging an underground war. They even seek help from Birdie, dragging her away from the safe and comfortable home she's found with Miss Edith Eames. Together they learn that there's only one thing more terrifying than facing a whole plague of bogles – and that's facing some of the sinister people from Jem's past . . .