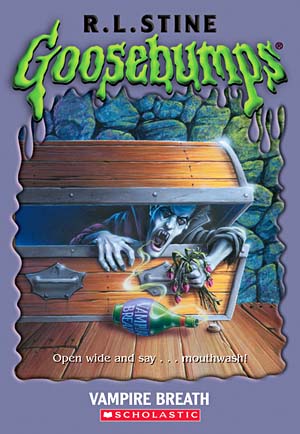 Poor Freddy and Cara. They should have never opened that bottle of Vampire Breath. Because now there's a vampire in Freddy's basement. And he's very, very thirsty...