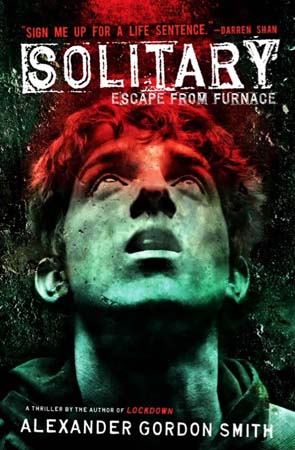 Alex tried to escape.
He had a perfect plan.
He was almost free. Even felt the cool, clean air on his face.
Then the dogs came.
Now he's locked in a place so gruesome - so hellish - that escape doesn't even matter.
He just wants to survive.

Thrown into solitary confinement for his failed escape attempt from furnace prison, Alex Sawyer struggles not to let the hellish pitch-black silence overwhelm him. Before another escape attempt is even possible, he must first survive the nightmare that now haunts his endless nights. Because the hole doesn't need monsters to do its dirty work - not the usual brutes in black suits and their silver-eyed, fleshless hounds, or wheezing freaks with filthy syringes.

All it needs is Alex and his own fears, now that he's seen firsthand the terrible fate awaiting him and his mates in Furnace's secret tunnels and labs.